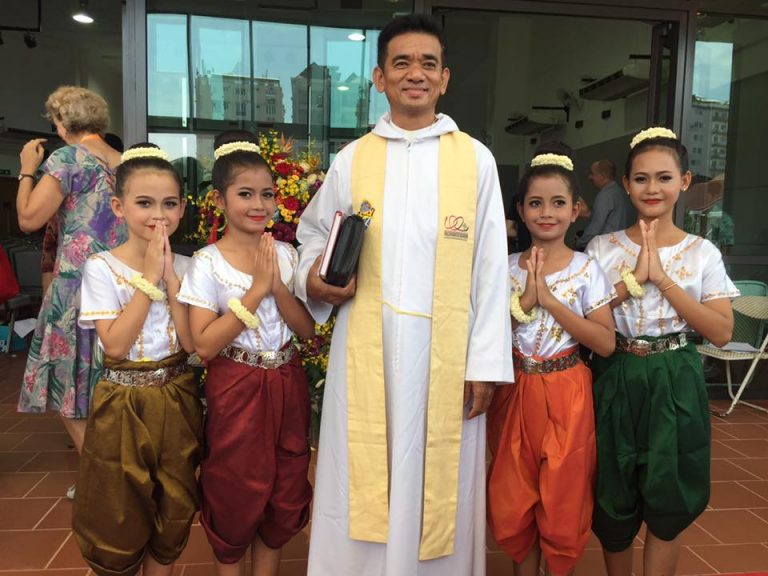 Life was hopeless when both his parents passed away when he was six years old, leaving Tit Hieng with his three brothers and two sisters. Having gone through near death experiences through sickness, starvation and war, he survived. As he grew up, Tit Hieng became a policeman and bodyguard, he used to smoke, drink and gamble, committed many sins against God. Even though he tried to stop his bad habits, he failed, because he was addicted to sin and Satan.

His aunt and cousins from the United States shared the gospel with him and gave him a bible when they visited him in 1992, but he could not understand them when they shared. It was in 1993, when he started reading the bible and Christian tracts and prayed simple prayers, that the Holy Spirit opened his ‘eyes’ and began His work in him. He stopped smoking, drinking, gambling and sinning. He knew, then, he was born again in the Lord and have a new life. He began to experience hope, peace and joy in his life.

He began to study the bible with the first Anglican missionary, Reverend Don Cormack, at Church of Christ Our Peace (CCOP), and was baptised. He went on to study in the Phnom Penh Bible School and served in full time ministry upon graduation.

You can impact and make a difference in the lives of those in different ways.